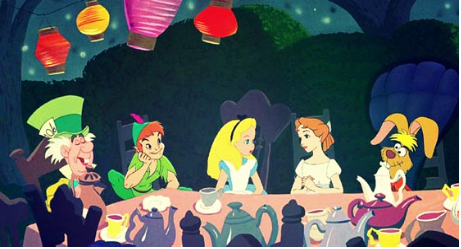 5 Star Wars Fan Theories Too Good to Not Be True

February 24, 2017 | Categories: Disney | Comments Off on 5 Star Wars Fan Theories Too Good to Not Be True

Disney Music that Shook Us

Ma Belle Evangeline- The Princess and The Frog

You’ll Be In My Heart- Tarzan

God Help The Outcasts- The Hunchback of Notre Dame

Be Prepared- The Lion King

Tale as Old as Time- Beauty and The Beast

Can You Feel The Love Tonight- The Lion King

Colors of The Wind- Pocahontas

February 24, 2017 | Categories: Disney | Comments Off on Disney Music that Shook Us 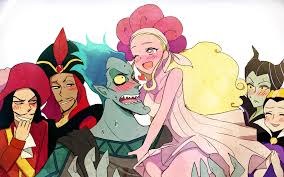 10 Things You Didn’t Know About ‘The Little Mermaid’

You might have seen it a hundred times over but how well do you really know the Disney classic The Little Mermaid?

Did you know the ending was inspired by Die Hard, for example? Or that it very nearly never went to production? Or how about that Sebastian was supposed to be an English crab?

No? You’d better scrub up on your Little Mermaid knowledge then…

1. Sebastian was never supposed to be Jamaican

Instead our favourite animated crab was meant to be English – that’s until lyricist Howard Ashman suggested he would be Caribbean instead. Just think, we’d never have known the Oscar-winning track Under The Sea!

2. Ursula was almost played by Bea Arthur before Pat Caroll got the job and smashed it

Apparently her agent turned it down. Awkward.

3. Speaking of Ursula… she was modelled on drag queen Divine

Yes, we know, you probably already knew this because of this piece of awesomeness…

5. Ursula might be a hybrid between a human and an octopus but she’s only got six legs, so she’s two tentacles short

Why? It’s cheaper to animate six legs instead of eight…

Kay Nielsen had been working on an adaptation of Hans Christian Andersen’s Little Mermaid in the late 30s and early 40s with Disney but the idea was shelved.

7. And this wasn’t to be the only time it would be rejected

It was rejected again when it was pitched to Disney because they were working on Splash 2 with Daryl Hannah and they were afraid of working on more than one mermaid project. When film producer Jeffrey Katzenberg eventually persuaded them, he agreed to give Ariel red hair to really distinguish between her and Daryl Hannah’s mermaid.

(Bonus fact: They used Neilson’s artwork as inspiration for the modern classic!)

8. Part Of Your World nearly never made it to the final cut

Apparently it was ‘too boring and slowed down the movie’ – so said film producer Jeffrey Katzenberg. Luckily, it made the cut after a second-test screening and we now have the classic we all love.

It might not have been openly referred to in the film, but it was in a deleted scene…

Yep, you read that correctly. Die Hard was a huge movie at the time The Little Mermaid was created and Katzenberg felt the original ending wasn’t big enough, instructing illustrators to make it ‘more Die Hard’. So they did…

Here some Lovely Little Valentines Cards, for you to give to your special Princess, or your wonderful Prince Charming!

Maz Kanata is Hidden in Every Star Wars Movie?!

February 10, 2017 | Categories: Disney | Comments Off on Maz Kanata is Hidden in Every Star Wars Movie?!