Tangled: References to Other Disney Films

Tangled was a mash up of several of Disney’s old films. Through out the film, hidden Easter eggs referring to their classic films can be found.

Pinocchio appears during the “I’ve Got A Dream” sequence

The “I See The Light” sequence was a direct reference to the “Kiss The Girl” sequence. They both are in boats and the guy is the one who suggested the boat rides to begin with. The songs themselves are similar in that they are trying to tell the guy to make a freaking move. And both romantic moments were ruined by the villains sidekicks. Ariel and Eric’s was ruined by Flotsam and Jetsam when they knocked over the boat, and Rapunzel and Eugene’s moment was ruined when Eugene saw the Stabbington Brothers on the shore. 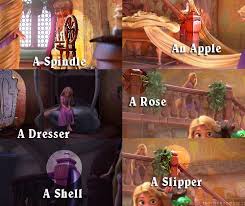 The Spindle refers to Sleeping Beauty, of course.

The Apple refers to Snow White.

The dresser refers to the Wardrobe in Beauty and The Beast

The Rose refers to Belle and The Beast as a pair

The Shell refers to Ariel in The Little Mermaid

April 28, 2017 | Categories: Disney | Comments Off on Tangled: References to Other Disney Films 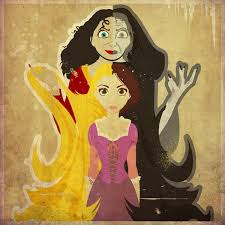 The Key to A Great Disney Villain

I watched Tangled again this weekend with the family, and was quite impressed about how well it held together. It genuinely is the best animated picture that Disney has produced in quite some time, and I honestly hope that it is remembered fondly. As I was watching it, I noted that I really, genuinely disliked Mother Gothel. Gothel is hardly either the most quantifiably evil, nor violent, nor ruthless character in Disney lore, but she was still a great villain. That’s something I’ve always admired about Disney. While still maintaining a G-rating, the company is able to produce some of the most genuinely disgusting individuals ever put on film.

Personally when I think of great Disney villains, I inevitably think of Scar. Scar was the evil lion from The Lion King, the movie which is my personal favourite of the Disney animated canon. If The Lion King is Hamlet (but with lions), then Scar is Claudius (but voiced by Jeremy Irons). I think the ambitious evil lion pretty much sums up a lot of what makes Disney villains work very, very well. But I do think that there are a lot of general elements which add up to make Disney villains seem especially sinister.

The first and most obvious facet of a Disney villain – and the one that is perhaps the most fascinating – is that it doesn’t matter what their ambitions are. There’s no real correlation between the scale of their villainy and the actual hatred that they draw from the audience. Cruella DeVille, for example, doesn’t want to take over the world – she just really wants a dalmatian fur coat. Gaston is just the worst secondary school jock you’ve ever met – he’s a bit of a dick, but he’s not out to kill babies or puppies – and yet he’s absolutely loathsome. Both of these are as unpleasant as Judge Claude Frollo, the genocidal madman from The Hunchback of Notre Dame, who represents perhaps the pinnacle of the “large scale evil-ness” in a Disney villain. Frollo is as close I suspect a Disney animated film will ever come to having a Nazi as a bad guy (given he wants to wipe out the gypsy population).

It isn’t even the crimes they commit in service of their goal which makes Disney villains a special kind of evil. Without worrying about children in the audience, regular movies can turn their bad guys into cold-blooded torturers and killers, and yet it’s extremely tough to think of that many live-action villains who approach the sheer level of villainy that their animated counterparts seem capable without batting an eye.

This is simply because Disney villains are rarely defined by their physical threats. No child in the history of cinema has ever had to worry about a Disney villain disemboweling the heroes (at least on screen, in the case of 101 Dalmatians) – and yet we’re still terrified of them. It’s easy to suggest that perhaps Disney villains are scarier because we typically see them when we’re younger – so it’s easier for them to make an impression. I’ll accept that logic, but I’m not entirely convinced by it. For example, Mother Gothel is a relatively recent addition to Disney’s “bad guy” talent pool, and actually ranks somewhere around the middle tier of Disney bad guys. I don’t think she’s iconic, but she’s a far stronger villain than some of their earlier creations.

I think it’s the emotional threat that Disney villains pose – the fact that they often don’t pose so much of a physical threat as they do a sort of a primal one. Take Scar, for example. Scar throws his own brother off a cliff, into a herd of stampeding buffalo. However, this isn’t the moment I truly hated him. No, the moment that Scar become the literal embodiment of pure unadulterated evil was the moment that he then convinced Simba, his nephew, that the kid was responsible for the death of his own father. It’s really strange to quantify it like that, but that was the moment where Scar truly seemed like the worst person in the world.

Mother Gothel has a similar thing going in Tangled. She’s not the most efficient villain ever, at least if you measure in terms of bodycount. She only really tries to kill Flynn Rider and – even then – she proves fairly crap at it (twice). However, it isn’t the attempted murder which is the most horrible thing about her, nor is it the fact that she’s introduced literally stealing a baby. It’s the way that she manipulates and undermines Rapunzel’s self-confidence, making her entirely dependent on the creepy woman who stole her from her real parents.

It’s surreal, but it’s those moments when she chips away at the girl’s self-worth which make her seem incredibly evil. She can’t turn into a dragon, or cast any particular ominous spells. Most of the heavy-lifting is done by two goons who wind up in prison for the movie’s climax – and she still seems like a very bad person. I still genuinely hated her, with the sort of passion that seems to be reserved purely for Disney villains.

It’s one of those interest phenomena, this idea that Disney villains are probably less likely to do something horribly and brutally violent, and yet seem far more menacing than most. In fairness, I’d argue it’s not a trait confined to Disney or even to animation, it’s just most obvious there. Inglorious Bastards gave us Colonel Hans Landa, who does very little of his own dirty work, spends most of the movie smiling, and yet still seems like pure evil in bottled form. Perhaps it’s the contrast which makes these characters stand out – the fact that their evil essence is so rarely expressed in physical terms, which makes it all the more potent. After all, we literally don’t know what they are capable of (while a film with a higher age rating might be inclined to literally show us, which I don’t think is that scary).

I honestly don’t know, I just know that there’s rarely anything quite as evil as a good Disney villain.

April 21, 2017 | Categories: Disney | Comments Off on The Key to A Great Disney Villain 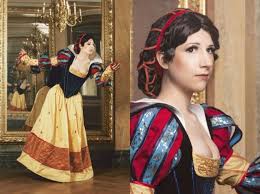 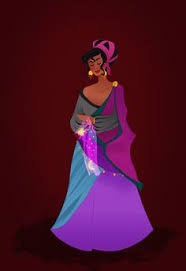 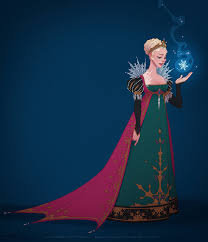 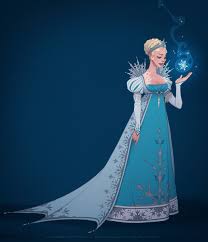 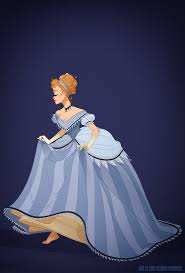 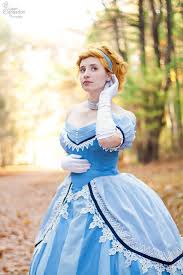 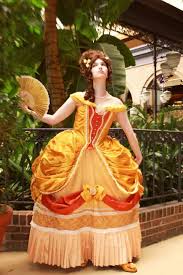 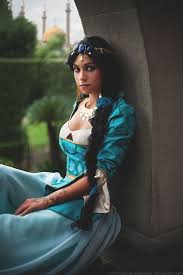 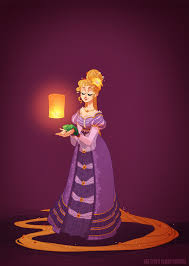 As a kid, I was obsessed with Disney Movies, captivated by the Disney heroines. I was even Princess Jasmine for Halloween one year. Never did it occur to me that while watching these enchanting tales, that I could be participating in Gerbner’s Cultivation Theory as well the Schema Theory. After watching re-watching Aladdin, I started to see where Gerbner’s theory makes a lot of sense. Children, after watching movies such as Aladdin start to share the same views as what they see in the movies. The Schema theory comes into the equation when people start to associate certain stereotypes with Arabs after watching Aladdin.

A child’s mind is open. It absorbs information like a sponge. The media captivate their attention in mediums such as movies and tells them what them “what the world is like.” So what are gonna they gonna believe about Arabs when they watch Aladdin? Barbaric, thieves, treacherous, belly dancers are just a few of the stereotypes depicted of them in the movie.  Disney used most all of the stereotypes when making the movie.

As I re-watched Aladdin with new eyes, I picked up on the stereotypes. Things I didn’t really care about as a kid, but had given me an idea of how Arabs supposedly act and look. I noticed that most of the woman were either belly dancers or heavily clothed. The men wear turbans. Not to mention Aladdin and Princess Jasmine have been “americanized” because they are the heroes.  They have american accents and lighter skin then than the villains, such as Jafar, who is darker skinned and treacherous looking.

In the very beginning of the movie, the song “Arabian Nights” is played.

Oh I come from a land a faraway place

Where the caravan camels roam

Where they cut off your ear

Above is the first verse of the song. As you can see it is already painting a mental picture of Arabia. It stereotypes Arabia as a hot desert place with camels. It is described as Barbaric. Only about two minutes into the movie, and the stereotyping has already begun.

Below, in the table, are some of the things I picked up on while watching:

Some other things not listed in the chart include untrue generalizations associated with Arabs such as men wear turbans and woman are either fully covered or belly dancers. Some others are the people have exotic pets, such monkeys and snakes and only ride camels or elephants. The woman are given poor perceptions such as when the sultan “says heaven forbid you ever have a daughter,” giving the idea that they are difficult to deal with. The sultan also tells Jasmine he just wants to find a husband that “will provide for her  and take care of her,” insinuating she can’t do it on her own. It is sad that even a company such as Disney plays on the stereotypes of Arabians. Hopefully as children grow older, they realize that many of the stereotypes and generalizations in movies are untrue and used just for entertainment. 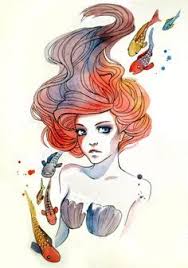