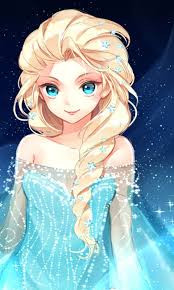 Most of us rememeber The Emperor’s New Groove as a fun movie about a self-absorbed king who got turned into a llama.

But Reddit user lish_94 has made a rather morbid observation that’ll make you reconsider everything you once believed.

You might remember the scene where Llama Kuzco wanders into the scary forest and sees this fly being devoured by a spider and begins to plead for its life.

The cries go unanswered, and it is eventually eaten by a vicious arachnid while still yelling, “HELP ME! HELP ME!”

This scene was clearly a reference to a 1958 sci-fi horror film called The Fly. But lish_94 claims it could mean so much more…

Because in the film, the only animals that can speak are the ones that used to be humans.

Take Kuzco: He can’t talk to other animals but can talk to humans.

Or Yzma in cat form, who also can talk to only humans.

But the squirrels in the film can only speak in squeaks. They don’t speak words like humans.

So it follows that the fly from the forest who audibly says, “Help me!” must have once been human.

Which also means a real human person just got murdered in front of our eyes.

Or we’re all reading way too much into this. Either one.

‘Frozen’ Might Have A Dark Secret That You Didn’t Notice

When it comes to “Frozen,” it’s hard to keep anything hidden.

There’s an entire special about the making of the film, the cast has done a bajillion interviews and, c’mon, the whole movie is based on the fact that Elsa can’t hide her ice powers and sassy attitude.

Even with all that, it turns out “Frozen” may have a dark secret that Disney would probably rather conceal.

The Theory: Kristoff’s outfit is made out of reindeer skin (possibly from Sven’s mom).

Sounds like a pretty sweeping claim to make, but hear us out.

Reddit user Superclaude1 brought it to the world’s attention, that Kristoff’s outfit seems to be made of fur, and this would most likely be reindeer fur.

“In the context of the story, it all fits together,” superclaude1 wrote.

“The ice harvesters must have killed Sven’s mother, leaving a baby Sven for Kristoff to look after, and giving him the pelt to wear. This explains why Sven is so close to Kristoff too, and why Kristoff still wears the same pelt. The smell reminds Sven of his mum.”

The theory makes a fair bit of sense. In the film we learn why Sven is an orphan, and the reason he loves Kristoff so much.

Kristoff is said to be part of the Scandinavian people known as the Sámi. These are Norway’s indigenous people and known for their reindeer herding.

According to Official Travel Guide of Norway, reindeer are “central to Sámi culture.” They rely on the animals for everything from meat to transportation and, yes, even fur.

Adding to the evidence, as Reddit points out, the pelt Kristoff appears to wear looks too big to be wolf, and parts of it seem oddly similar to Sven:

The user also points out that reindeer are attracted to scent – so did Kristoff dress himself in Sven’s mum’s coat to trick him into liking him so much?

We don’t know yet, but now that this theory is out there, and it’s hard to let it go.

November 17, 2017 | Categories: Disney | Comments Off on ‘Frozen’ Might Have A Dark Secret That You Didn’t Notice 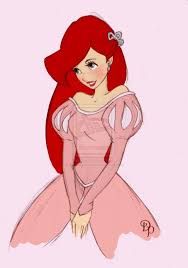 12 Disney Characters Who Were Probably Gay

Wouldn’t your day just be that much brighter if you had Elsa and Anna from Frozen popping up with your Instagram feed with sisterly love? Simona Bonafini is the genius who tells you what it would look like if Disney characters had Instagram.

But we’ve got something better: we can tell you the 12 Disney characters who were probably gay. Awesome, right?

Not only do Timon and Pumbaa seem to have a healthy, committed, gay relationship, but Timon jumps at the opportunity to “dress in drag and do the hula.”

But seriously, Hades is the ultimate sassy gay villain.

Scared shitless to kiss a girl, has to be hypnotized to fall in love with a woman?

Lushy and theatrical, Governor Ratcliffe was surely in heaven spending weeks on a ship surrounded by men.

Overdressed, self-absorbed, and desperate for Jasmine’s hand in marriage despite the fact he’d never met her before.

If he wasn’t gay before, then he probably turned gay after that disastrous encounter with Rajah and Jasmine.

How many straight guys do you know who exit a bath with a towel draped around their chest and a tight hair wrap?

Just because she dressed in drag doesn’t make Mulan a lesbian.

But saying she never wants to see another man naked definitely make my gaydar ping.

But Merida straight up poisons her mother in an attempt to avoid marrying a man.

9.LeFou (Beauty and the Beast)

It’s pretty obvious that LeFou was in love with Gaston.

Ken is a big-ass homo!

Disney’s most visible gay character yet!

Oaken isn’t shy about introducing Anna to his family, and why should he be?

Dressed in drag, Kuzco is a picky customer who eventually ditches his potatoes for a salad.

November 10, 2017 | Categories: Disney | Comments Off on 12 Disney Characters Who Were Probably Gay 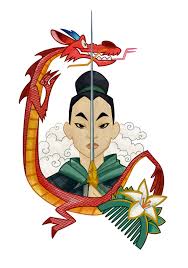 Why should Disney princesses have all the fun?

What would happen when Disney princesses/villains swap their gender into dudes ?

Sometimes it’s the little details, like lady Lumiere in the background and dude!Belle’s glasses in his pocket.

And sometimes it’s just being uncomfortably attracted to one of the most evil people in the Disney lexicon.

There would be no eternal winter with this smoking hot King on the throne.

7. Esmeralda – ‘The Hunchback of Notre Dame’

Did God help the outcasts get ripped? Because dayum.

This makeover makes her derisive ‘He’s a man!’ line even better.

Technically Studio Ghibli is canoodling with Disney so this totally counts.

As does a blood covered dude!Mononoke with abs you could cut yourself on.

3. Jack and Sally – ‘The Nightmare Before Christmas’

Lady!Jack knows how to work kohl eyeliner even when you don’t technically have eyes.

Be honest, how long were you staring at Pocahontas’s pecs before you noticed his sidekicks swapped gender as well. Any answer under thirty seconds is a lie.

Look at this image and imagining Ursula’s amazing hard truths song coming out of that mouth.

“You have your looks, your pretty face, and don’t underestimate the importance of body language, ha!”

As you see, The results of disney characters transgender are quite stunning!