The Worst of The Worst: The Top Five Worst Disney Films

*Disclaimer* This article is just my personal opinion. Don’t get offended. Next week you’ll likely have something to say about my favorite movies. 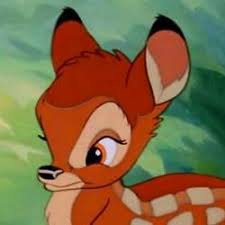 Beautifully drawn and I love how the score is the sound effects creating rain and fire so effectively. Great voice work but the story is meandering and is basically a year in the life of a baby deer. Not enough to grip me although the death of Bambi’s Mom is traumatic, we haven’t gotten to know her very well and she is quickly replaced by a bland Faline. The movie was depressing and at the same time boring.

I know some will be shocked to have this so low on the list but it is so grim and sad with no sense of retribution or punishment for the wrong doers. I guess the kids just stay as donkeys? Some of the story and design choices don’t make a lot of sense but as a morality play on film it works well and Pinocchio and Geppetto are both likable and the music is classic especially “When You Wish Upon a Star”. 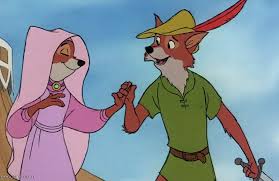 Great dry wit and folksy music save this recycled animation cash grab.  Has some fun action sequences.  It goes on for one act too many and becomes a little repetitive. Great villain.

Disney take on Sherlock Holmes. Ratigan is hilarious villain with a over-the-top scheme to take over England. Basil and Dawson are fairly well done. The kidnapping scene at the beginning is pretty scary for young kids and the bat in the toy shop is a scary sequence. The saloon song I could do without.

*Note: I love Sherlock Holmes, but this still ranks low for me.

1. Snow White and The Seven Dwarves–

This was the first of Walt Disney’s animation films, and was the first of the Disney Princess Royal Court. It was the pride of the day, and was a technical marvel. But unfortunately, even considering that. This is one of my least favorite Walt Disney movies. I appreciate it for its legacy, but the movie fails to entertain me in the slightest. Animation is beautiful especially in scenes like the transformation of the queen and the haunted forest.  But the character of Snow White is beyond bland, and doesn’t hold my interest. Not a huge fan of the voice work and especially the high pitched singing.  Great villain who isn’t satisfied unless she is the best at everything. And, what’s that Princes name again?

*Note: The Princes Name is either Florian or Ferdinand FYI. I’ve heard and read those two different names. But most call him “Prince Charming” (though this is actually Cinderella’s Princes name…So original Disney) or “Snow White’s Prince”. Though according to some, as I stated in one of my earlier articles, he should really be called something along the lines of “Death” “Grimm Reaper” or “Man Who rides the Pale Horse”.